We hope that you will find in these pages abundant evidence of our diverse and dynamic community.

We pride ourselves on the many offerings we extend to students and their families.

Whether it’s a chorale performance or a student government debate or a point won by one of our many athletic teams or a weekend outing with College Crusade, rich opportunities for personal challenge and growth abound.

And whether it’s an evening class in ELL run in collaboration with Dorcas Place or a weekend business training session offered by the Rhode Island Justice League, parents will find also find at Segue significant opportunities for skill-building and empowerment.

Because that’s the Segue belief: engaged, committed adults who believe in lifelong learning support resilient, ambitious, successful students. Together-- from our youngest scholars to our oldest grandparents-- we all have the power to be agents of change in our schools, communities, and beyond.

We also believe in educational choice. There is a robust process that starts long before graduation: Segue staff work closely with students and parents to identify secondary programs that are a best fit for their academic profile and interests. And our Alumni Program then keeps up with graduates as they progress through high school and navigate their way into college and career.

Being a part of the Segue family is for life. I am proud to count myself a member of this family, and I look forward to meeting you, whether you are a prospective parent, a rising scholar, or a returning alum.

David Ahlborn
Chairman
Segue Institute for Learning Board of Directors

Applications in the work, stay tuned.

Thank you for your interest.

DAVID AHLBORN – Chair [Term: December 2015 - January 2022] David Ahlborn is an educator committed to disability justice. He graduated from Brown University in 1988 and received an M.A. in 1995 in English from Boston University, where he was a Presidential Fellow and graduate assistant teacher. He discovered his passion for teaching students with specific language-based learning differences at Landmark School, where he taught from 1988-90 and 1995-99. He currently directs an academic support program for students with LD at The Wheeler School in Providence. He is married, has two grown children, and lives with his wife, also a teacher, in Providence.

KEVIN KAZARIAN – Vice – Chair [Term: February 2015 – March 2021] Mr. Kazarian is a Hospitality Management professional with over 20 years of experience in casual and upscale food and beverage operations in a variety of Casino /Hotel and independently owned restaurants. Mr. Kazarian graduated from Johnson & Wales University with an MBA in Hospitality Administration in 2001. Currently he is the Director of Operations for Spumoni’s Restaurant in Pawtucket. Mr. Kazarian is long time resident of the City of Central Falls. He is the Co-Chair of the Central Falls Zoning Board and sits on the Board of the Pawtucket Central Falls Development Corporation the Central Falls Alumni Association and Blackstone Valley Community Action Program. A strong supporter of community engagement, Mr. Kazarian was honored to be selected for the Leadership Rhode Island MU 11 class, graduating in 2016. Mr. Kazarian is a member of the Finance and Building Committees.

MARIA CRUZ - [Term: September 2016 – September 2019]. Mrs. Cruz grew up in Central Falls and attended both public and parochial schools in the city. She graduated from Central Falls High School in 1989 and went on to get her BS in Criminal Justice from Roger Williams University in 2007.  She is proudly serving in her 17 th year as a Pawtucket Police Officer and is currently assigned to the Prosecution office. Along with being the chair of the Nominations and Governance committee of Segue’s board, she is also the President of the RI Hispanic Officers Association and the secretary of the CF Lions club.

CLAUDIA DEFARIA – [Term: September 2016 – September 2019] Is a Central Falls resident and graduate of Central Falls High School. Claudia graduated from the Community College of RI with an Associates in Science concentration in Law Enforcement. She also holds a Bachelor of Arts in Justice Studies from Rhode Island College. Claudia currently works at Adoption Rhode Island as a Wendy's Wonderful Kids recruiter in the Adoption/Permanency department. She recently came out of retirement and returned to the coaching ranks at her alma mater, Rhode Island College, as Coordinator of Women’s Basketball Operations.  Claudia had previous coaching positions at Cranston West high school, Community College of Rhode Island and Rhode Island College as well.

KETTIA DORCE - [Term: January 2019 – January 2022] – Ms. Dorce is a parent of a student at our school. She is excited to be joining our Board of Directors after having volunteered for the FEC several times last year. Ms. Dorce is a graduate of Johnson & Wales University from 2012 earning a degree in Business Management with a concentration in Sociology. Ms. Dorce expects to bring her skills of managing and organizing events and activities as she is also very active in her church and an advocate for the homeless Men and Women in RI.

CAROLINA DUQUE – [Term: September 2016 – September 2019] Born in Colombia, brought to the USA when she was 5 years old and raised in Pawtucket. As a teenager was active in her church youth group. Married at age 18 and is now a mother of 3 kids, obtain her certification as a Medical Assistant in 2006. Has been a resident of Central Falls for 18 years. Carolina is an active parent of two Segue scholars and very active in the Family Engagement Committee. Her hope is to increase the presence of parents’ involvement on our board of Directors.

INGRID FRANCO - [Term: January 2019 – January 2022] Mrs. Franco is a current Central Falls resident where she is very active in her community and the local church. Growing up in Providence, she graduated from Hope High School and received her BS in Liberal Arts with Spanish and Italian major in 2004. She works as an Intake Specialist at the Providence Center since 2012. She’s an active mom of two children, one of whom is a Segue alumni. She was a T-ball coach in her kid’s baseball league. She was a Girls Scout leader at the local troop where her daughter attended. Mrs. Franco has a reputation of faithfully joining and serving on every PTA in every school her kids have attended. She currently serves on the Personnel Sub-Committee of the board and was an active member of the Segue FEC. In the fall of 2018, Mrs. Franco was very active in assisting the school acquire the property across the street to create a playground for its students.

WALTER ORELLANA – [Term: November 2017 – November 2020] Walter Orellana migrated to the  United States from Guatemala at the age of ten. He is a Licensed Independent Clinical Social Worker (LICSW), a Licensed Chemical Dependency Professional (LCDP) and has been working in the field since 2007. Mr. Orellana’s academic credentials include an MSW from Rhode Island College and a B.S. degree in Human Development and Family Studies from the University of Rhode Island. He is an Assistant Professor in the Human Services Department at the Community College of Rhode Island and works part-time providing clinical services at a non profit agency to individuals living with co-occurring disorders. Walter contributes to the field of Social Work through his role as a board member of the Rhode Island Board of Social Work Examiners. In 2017, Walter was awarded Social Worker of the Year in Health/Mental Health by the NASW-RI Chapter. He is the first Latino to win this award in Rhode Island. He resides in Cranston with his son Tomas.

CARLOS MIRANDA – [Term: October 2019 – June 2022] Mr. Miranda was born in Praia, Cape Verde and immigrated to the United States with his family at the age of four. Mr. Miranda grew up in the city of Central Falls and attended all levels of the public-school system before attending and graduating with a BA in Business Administration from the University of Rhode Island. After graduating college, he joined the Segue Institute for Learning in its first year and served in many roles throughout his seven years at the school. He is presently an HR Associate Recruiter for Seven Hills Foundation and lives with his family in Cumberland, RI. Mr. Miranda is excited to continue his work with Segue and the community of Central Falls.

LAUREN SCHECHTMAN - [Term: October 2019 – June 2022] Lauren Schechtman is a founding Segue board member and co-chaired the Segue Board of Directors in its early years. She spent the last 25 years working at the College Crusade of Rhode Island where she was responsible for the strategic direction, management, administration, and implementation of all Crusade middle school programs, grants, and collaborative initiatives. Prior to her work at the Crusade, Lauren worked for Times2, and was a Clinical Administrator in a residential treatment facility and also directed a secure treatment facility for violent adolescent males in Massachusetts. She graduated from Florida International University with a degree in Social Work. Lauren lives with her husband Joe, has two grown children and recently became a grandmother.

CHANCELOR HARKINS - [Term: – June 2021] Chancellor Harkins is delighted to be serving on the Board of Directors and Finance Committee of the Segue IFL. His finance experience includes serving clients as a financial planner at Harkins Wealth Management, an independent financial planning and investment management firm.  He specializes in working with business owners and young investors to develop custom financial plans tailored to their goals and objectives.  Prior to becoming a financial planner, Mr. Harkins held positions in various finance functions at a Fortune 100 company, including: financial & operational reporting, accounting, financial planning and international finance.  He earned his bachelor’s degree in Economics and Finance from Bentley University, as well as completed the Financial Planning Certificate Program at Bryant University.  Outside of work and participating in the community, Mr. Harkins enjoys learning new cooking recipes
and going on walks with his puppy; “Kensie”.

There are no upcoming events. 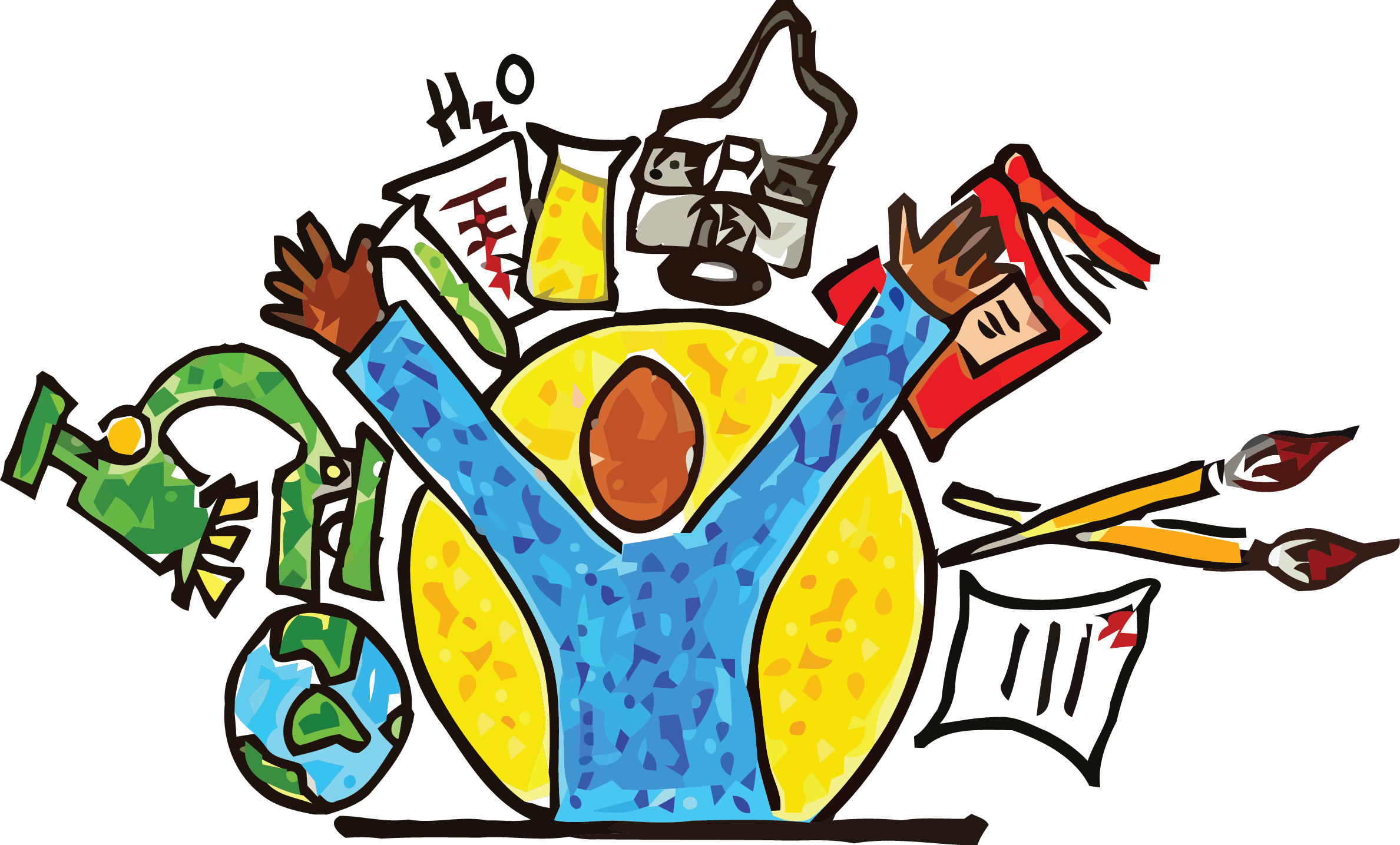 The mission of the Segue Institute for Learning is to foster a community where students take ownership of their education. Segue scholars receive a rigorous academic experience that prepares them to excel in the high school and eventual college setting of their choice. At Segue, we believe that all of our students are AT PROMISE, versus being labeled At Risk. The Segue Institute for Learning is a safe and nurturing environment which promotes diversity, encourages individual growth and allows students to view themselves as citizens of change in their homes and community.